Response to a letter – George Wright

Response to a letter – George Wright

We receive many letters of interest, concern and even some of a critical nature.

In this example a woman wrote that she felt that in a technocratic system people would be forced to build their houses in a specific way, or buy clothing that she wouldn’t want, or other dictatorial actions, and that she was concerned about wireless capabilities emitting harmful radiation in and on environment causing many harmful effects on our population.

Below is my response to her concern.   Illuminating the differences of living in a system prioritized by a money system and that of a functional governance crafted by the Technical Alliance, the forerunner of Technocracy Inc.

First let me say thank you for contacting us.  We value all who do, be it a glowing appraisal or a tart lemon-like review. It is difficult to absorb what Technocracy is all about and we understand this.

Our history of governance evolved when we came out of our caves, and that is the problem. The current economic system was created as a step up from trade and barter for an outdated and agricultural system.    The use of machinery (technology) to make products, perform physical work,  and render some services (store check outs and others) is a rather new development in the history of mankind. 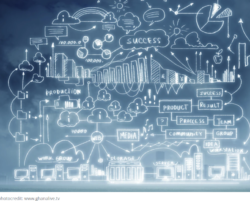 The system of governance in which we are mired we call the Price System because it is based on fluctuating prices to determine ‘market value’.

Now, we use electronic transactions with our debit and credit cards to buy things so easily. This type of transactions, the credit card, is talked about in Technocracy Inc.’s  energy card – back in the 1930s!  This was to help to determine which products people were buying and to increase or decrease production and distribution accordingly.  People were so worried than about the thought of an invasion of privacy; but now, even talking on your smart phone can get you ads on your computer.  Talk about an invasion of privacy.

You talk of a “forced society” and this is concerning as we are individuals and don’t want to live in a place where a government tells us what clothes to wear or what furniture to buy.

But consider what is happening now.  The whole system is set up to allow a few people to make, and hoard, a lot of money.  To do that labor is needed and the labor currently is humans in most service jobs, but those jobs are also being supplanted by technology and those that have kept their profits from entering back into the economy (think Cayman Island or Swiss Bank accounts) are purchasing the technology and instead of keeping workers part-time, less work, same pay, they just delete jobs and cause more issues with society.

Technocracy Inc.’s plan was very forward thinking for the 1920s and 30s.  The plan was to create ways that people would be able to be productive, but not overworked – see calendar schedule – to avoid having people’s jobs replaced by technology without societal planning ahead.   The plan is about giving people options to continue to provide for family and society without being afraid of losing what little they already have.   It is about preventing mindless work for the most minimal amount just to provide someone else with major profits that do nothing to help society at large.

The people who do hoard the money, and use the power that comes with a lot of money, did not want to have a technocratic system in place and so they started a fear campaign against Technocracy Inc. 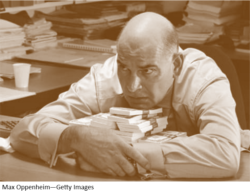 Fear sells.  And in a Price System, selling is vital.

The whole premise of the advanced system of Technocratic governance is to have people control our technology instead of the For Profit system controlling us.

You also write something about wireless capabilities and the possible effects of it emitting radiation. In the functional dynamic design of Technocracy, profit is no longer the basis for the system and things that foul our home (the earth) would no longer be ignored for profit but every effort would be made to find a safe solution to the need for an item that might cause damage. 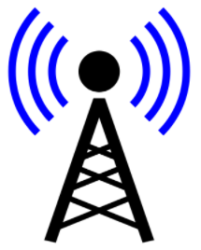 Nearly everything that is detrimental to the human condition, from an adulterated food supply to lack of health care, pitting people against each other (fear mongering) and lack of beneficial education is directly tied to the workings of the Price System.

In a Technocracy the profit motive is removed, and we can create a life with the emphasis on a clean environment, products that do not harm people, and the right to exist without the influence and interference of social marketing.

What we as a society have to do now, as the redundant saying goes, is to “think outside the box.”  Divorce ourselves from the Price System machinations and use our imaginations as to what is really possible.

My best to you and yours,