THE GREAT BAMBOOZLE – Finding a New Way by George Wright

THE GREAT BAMBOOZLE – Finding a New Way by George Wright 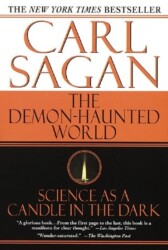 Oh, so often, words written or spoken at another time, transfers so directly into those living in the present.  I speak now mostly to our citizens taken aback by a political direction exploding before our eyes.  We, for the most part, are aghast at the incoherent, vindictive and juvenile ramblings of leaders so unfit to even appear before any assemblage of an audience.  This seems so out of place – so not us.  But this is not new.  It is a direction we have been headed for many years.

The “bamboozle” has been going on forever, in one guise or another.  Only on rare occasions have we been able to gain a foothold on real social justice.  The early Greeks gave it a try with some success, and our founding fathers followed their lead with a type of a representative government to escape the church, the monarchies, and dictators.

But the “bamboozle” is always with us, and to undo any social advancements, it must at first use subterfuge, lies and distractions.  This is a work in progress – slow at first, then a more pronounced movement.  In all that while, we unthinkingly go through life accepting more and more outrageous doctrines such as this most grievous fallacy of all, that invading and killing people in other countries will make peace!

Is it even possible for us to find a new way before we lose total control?  The political movement in Germany that took hold in the 1920s and 30s was actually given credence by citizens electing that leadership.  Then as now, enough citizens felt disempowered to be enchanted by the rhetoric of a delusional spokesperson promising them vengeance against those that they thought were excluding them from their share of the social and economic pie.

Only time will tell if our nation, at least in a modest attempt in democracy, will somehow shuck this latest brand of “bamboozle” from power.  But to what gain?