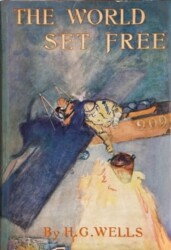 Russian Federation leader Vladmir Putin has brutally dragged Eastern Europe into another war. Russian tanks sputtered across the Ukrainian border in February, followed by waves of hungry and shivering shock-troopers bent on storming the Ukrainian capital and flipping the entire country over to the Federation. Tens of thousands of combatants and non-combatants have already been killed, thousands of pieces of machinery are burning in fields somewhere, and entire cities of meticulously built buildings and chartered-out roadways have been pounded into ash and craters.

The big question mark for this whole operation is why? Why the war now? We can quickly rule out the question of religion—an age-old reason, but those crusades are long gone and meaningless in today’s political maneuvers. Second, it’s not like Ukraine is swimming in natural resources right now. It’s number one export is corn and its rank in world proved reserves of natural gas is a whopping twenty-sixth place. Apparently Russian Federation leader Vladmir Putin once wrote an essay—an essay—stating that the Federation and Ukraine belong together, so there’s that, and there’s also the continuous idea that he’s afraid of Ukraine joining NATO. But in the end, do any of these reasons matter anymore?

Technocracy Incorporated accurately predicted the inevitable demise of what is called ‘The Great Monopoly’—the trifecta of authoritarian religious, economic, and political entities bent on controlling the world—to be destroyed by the continuous development of science and era of abundance. Galileo lopped the head off the authoritarian religion entity—the dogmatic Catholic Church of Europe—during his tenure with his telescope, once his research into astronomy cracked the Church’s monopoly on information and science. The economic head is still in full swing, but I believe today we are seeing the death of its political twin. Essentially, we might be witnessing a preview of ‘the last war’. 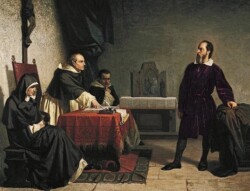 All fighting will cease to exist eventually, as science advances in providing all necessary material and countries’ needs through research, development, and technological solutions, in stark contrast to our barbaric past where the only way an empire grew wealthier in labor and resources was by swallowing their neighbors whole. This is even backed by Herman Kahn, former prominent futurist and system theorist at the RAND Corporation who spearheaded America’s nuclear strategy against the Soviet Union during the Cold War. In his book Thinking About the Unthinkable, he says, all the way back in the 80’s, “For the first time in history, external aggression is one of the least effective ways for a nation to increase its wealth, power, influence, or prestige,” and “Modern developments have either obviated, lessened, or made transitory the strategic value of many geographic areas.” In other words, wars and conflicts are now cost depletive rather than cost effective, and do nothing except waste lives, materiel, medical equipment, infrastructure, international progress—the whole nine yards.

As science continues to develop and provide the necessary resources we need, countries will run out of every conceivable reason to invade one another. This does not mean our individual Areas should disassemble all our M4’s and Colt Canada C7 rifles and chuck them into the sea. Technocracy Incorporated has advocated the importance of necessary defensive measures from the start. Since the beginning when it determined the exact area of the future North American Technate, its reasoning was two-fold: to provide an Area self-sufficient in resources, and to construct an impenetrable continental defense system against invasion. That was for defense, and we should continue to advocate for military readiness to support it. It’s not impossible to imagine Technocracy sea-bunkers someday facing the sunsets on the shores of Kauaʻi, Hawaiʻi, or BMEWS radar stations hidden under permanent snowstorms in the Sermersooq region of Greenland in the name of—at least for our example—North American continental defense. Other Continents should also provide means of defense for themselves as the world progresses further together into science, until the theoretical day when Technates become established on self-sufficient Areas that border one another, in which case they would naturally unify into one entity, and the defensive border between them will be smudged out with an eraser.

It speaks for itself that the unstoppable, endless progress of science, research, and engineering will solve every significant physical problem if we can just hold out long enough. In the end, this will eliminate the political head. Time is on our side. Time will always be on our side. We just have to wait it out in the sea-side bunkers and the storm will pass.

In the same way, just as nations, countries, and Areas will find fewer and fewer uses for political machinery, so too as Technocrats, in these times of clashes and sparks, should we ensure we stay out of the game and clear our minds of any political muck that might try to poison our scientific way of thinking. As a Technocrat, if you believe that Technocracy is the true-blue application of science to society, then you no longer exist on the political spectrum, just as geochemistry and marine biology do not belong on the political spectrum either.

The exact same holds true for nationalist ideology and identity. Chemistry, biology, physics, and engineering were not invented or ‘patented’ by any country, republic, or empire, but have belonged to the whole universe all this time. And so too, in a way, do all of us. In the end, you have to realize that all this national mumbo-jumbo and chest-pounding is all one big joke. In the all-perfect light of science all political speeches, manifestos, and the colors of national flags fade to pure, blinding brightness. The same goes with you. You have to understand. You’ve disappeared completely from it all, and you no longer exist in this mad, mad world.

The simplest thing left to do then is to levitate. Skip off the ground and levitate up, up, and above, above the world of conflict, above all the trenches and endless rolls of concertina wire, above the invisible borders on maps that drunk cartographers zoned out centuries ago, and see that all this fighting and name-calling for spits of lands and a few pebbles on a beach simply for what it is—one big joke as the Great Monopoly undergoes its second death spasm. 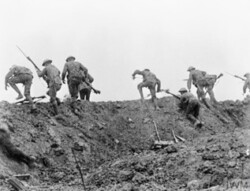 Once all this fighting stops, that’s how you’ll know the head has been guillotined by progress. I predict that once this has happened, all countries around the world will slowly but inevitably lose their ‘political colors’, and blend into some homogenous worldwide economy—i.e. advanced globalism—with individual countries existing just in namesake, barring some radical holdouts like North Korea or Eritrea. The last “dragon” of The Great Monopoly will be the economic head, still alive and well, which will grip the financial powers of all remaining countries and strangle their governments to pull back against the forward tide of science and progress. The predictions get fuzzy from here on out, however it is not impossible to presume excessive economic inequality and the sacrifice of human beings from labor for the sake of maintaining the system of artificial scarcity worldwide, just as predicted by Technocrat visionary Dr. M. King Hubbert.

But like I said, time is our ally. Someday, the people and even financial dictators will have to recognize the light of science, and will have no other choice but to turn and walk into the brilliance. But for now, all we can do is to do our best to stop the fighting, and I can think of no better way to end this then with a quote by Carl Sagan from his stellar book Pale Blue Dot, where he remarks on the pixel-sized image of Earth in a photograph captured by the Voyager 1 spacecraft on its fly-by passed the planet Saturn:

“Look again at that dot. That’s here. That’s home. That’s us. On it everyone you love, everyone you know, everyone you ever heard of, every human being who ever was, lived out their lives. The aggregate of our joy and suffering, thousands of confident religions, ideologies, and economic doctrines, every hunter and forager, every hero and coward, every creator and destroyer of civilization, every king and peasant, every young couple in love, every mother and father, hopeful child, inventor and explorer, every teacher of morals, every corrupt politician, every “superstar,” every “supreme leader,” every saint and sinner in the history of our species lived there—on a mote of dust suspended in a sunbeam.

The Earth is a very small stage in a vast cosmic arena. Think of the rivers of blood spilled by all those generals and emperors so that, in glory and triumph, they could become the momentary masters of a fraction of a dot. Think of the endless cruelties visited by the inhabitants of one corner of this pixel on the scarcely distinguishable inhabitants of some other corner, how frequent their misunderstandings, how eager they are to kill one another, how fervent their hatreds.

Our posturings, our imagined self-importance, the delusion that we have some privileged position in the Universe, are challenged by this point of pale light. Our planet is a lonely speck in the great enveloping cosmic dark. In our obscurity, in all this vastness, there is no hint that help will come from elsewhere to save us from ourselves.

The Earth is the only world known so far to harbor life. There is nowhere else, at least in the near future, to which our species could migrate. Visit, yes. Settle, not yet. Like it or not, for the moment the Earth is where we make our stand.

It has been said that astronomy is a humbling and character-building experience. There is perhaps no better demonstration of the folly of human conceits than this distant image of our tiny world. To me, it underscores our responsibility to deal more kindly with one another, and to preserve and cherish the pale blue dot, the only home we’ve ever known.”