The Complexity of it All – George Wright

The Complexity of it All – George Wright

For those of you who have not lived so long as I, please let me have a few moments here with written words and to put you in a time frame that is only possible by living so many years.

Basics: We don’t have to travel very far in the past from my birth (1936) to realize that drinking water came mostly from wells and “out houses” were a common necessity where one had to go outside in any kind of weather to relieve oneself.  Larger communities, cities, had a bit earlier built crude sewer systems and piped drinking water, but a great portion of our citizens were excluded from those amenities. 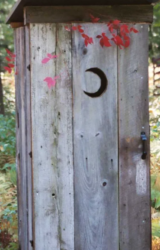 These were certainly the basic conveniences one could hope for at that stage of our history, but thankfully progress was giving that hope some substance.  Today, most of us cannot even imagine having to “go native” so to speak, and we take all this modern technology for granted.

Technology:  Years back then, this word was not as familiar in common usage as it is today.  We go about our lives as if cell phones, cable and satellite TV, GPS systems and a multitude of other devices and systems that we can think of, have always been here.

The real question regarding our modern lifestyles is this; are they only regarded as a positive thing or is there some element that we have not considered or dismissed?

Future: I guess what I am leading up to is this.  Using our technology as we have been, is a mixed blessing.  We have adopted a type of a “throw away” economic system that was developed because if products were made or manufactured to have a longer life, and considering how fast our machines can produce, it was necessary.  Plus, the fact our economic system’s only real control is the clamor for profit and recycling on a grand scale is not very profitable.  So, we dump stuff in our rivers, streams, the ocean and landfills.  It is also not profitable to conserve our petroleum, so we go right on developing that recourse to the fullest and contaminate our atmosphere to the point of threatening our very lives on this planet. 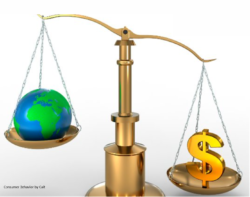 The economic system as we know it (capitalism) has two criteria that must be met, or it will cease to exist.  They are “room for expansion” and “scarcity conditions.”  The scarcity problem for the system is twofold; the ever-increasing technology for producing products and the decreasing need for people to work and draw pay checks.

It is also depended on an ever-increasing population that is now creating terrible consequences such as Lake Powell, AZ in the southwest quadrant of our nation, creating drastically low levels of water.  It has such a low volume of water because increased usage assigned to several states for drinking water, irrigation and electrical power.  The real fear now, even after limiting irrigation and rationing drinking water and if it continues falling, there will not be enough going through the turbines that generate power to 40,000,000 people.

We just cannot keep on with an economic and social structure that only promotes and rewards the chase for profit.

Technocracy says we can do better – it is so simple to conclude, we have to do better or we will not survive.