URBAN LIVING IN A TECHNATE
By George Wright

It is highly likely that the future urban areas will not be called cities.  Granted, trying to depict them now is just a matter of one’s imagination, but if you take out the confines of a money system, “what is not possible?”  When I first became interested in Technocracy’s proposed design for North America, it was much discussed just how we might work, shop, move about and do so many things we do now.

Personal transportation, with exceptions, would not be needed as in the past.  We would be living in a type of connectivity where in a determined area, living space, restaurants, theaters, and other entertainment centers would be far removed from the industrial centers.  Schools could be situated on the periphery of the urban centers. 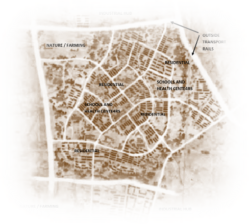 All would be connected to a transit system of sorts.  Visiting friends and relatives in other urban centers we would use a rapid transit system, probably a train.

An automobile could be checked out if one would care to drive instead. (We have these car sharing systems – Zipcar and others already in place in many larger cities).  For travel abroad, airports and ocean-going vessels would be just a short time away using the rapid transit systems.

Our personal living quarters could be designed with an indoor/outdoor type of an arrangement.  Singles, families, places for the elderly all would be arranged for their specific circumstances.  All would have access to as high a standard of living as is possible.

One example of an energy source being created in these urban centers, is the use of solar energy.  Our residences, even sidewalks and roads could be installed with solar energy converters. 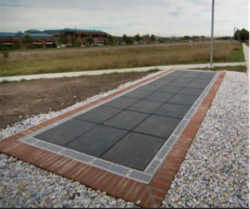 All this, of course, within the reality of the situation, would be worth considering.  No physical representation gets done without an idea first.