From the February 2021 TrendEvents Newsletter.

Do smart cites fit in with a Technocracy Inc. ‘vision’?  And what is a smart city?

A smart city is an urban area that uses different types of electronic methods and sensors to collect data. Insights gained from that data are used to manage assets, resources, and services efficiently; in return, that data is used to improve the operations across the city.

We find that smart cities following the above description would fit into a Technocracy Inc. future planned city.  By using collected data to manage and improve resources and services, production, and distribution effectively and efficiently that is exactly what Technocracy Inc. proposes.

Technocracy Inc.’s planning is more than just infrastructure and asset management.  It will also utilize information provided by people as to what works for the society at large rather than strictly design for infrastructure alone.

What types of restaurants, health care, social connections, areas of worship, physical exercise and other social areas are important to the area?  The answers to these questions and implementation of the solutions would take a smart city toward a Technocracy Inc. planned city.

How does data collection help efficiency?  Simply put collecting specifically formatted queries – how many people use a certain street, how many orders of product, how many meals out per week; then analyzing that data allows for changes to the system to become more efficient and effective.

If there are 20 average orders for a product weekly, but production is set for 50 orders than the data allows the production to fit the distribution rather than producing 50 and attempting to “move” the overage. mark of say 3-5 production overages until the overage reaches an order amount.

This type of production and distribution would be similar to Lean production or Kanban styles but would be more dependent on each areas needs not the manufacturer’s desires.

How would collection of social connections work?

You cannot put a road counter on social needs as you can for determining efficient road travel.  You cannot collect data on amount of product sold.  What can be done is to ask: via internet, in groups, in person, mailing questionnaires.  These questions would drive the specific type of social connections that could be implemented.  People are usually quite inventive and if there is not a need met in their own community they will find like minded souls and start one.

The North American infrastructure is mostly outdated and outmoded. There are so many new types of technology that could help with bridge building, road replacement and maintenance, power grids and other needed systems. What types of infrastructure would be important in a technate?  The most efficient and long-term effective available.

The biggest issue for updating and maintaining infrastructure is the cost.  This cost has much to do with politics and profit as it does actual costs of the labor and materials.

An example:  A local school received bids to replace the football and track fields. The bids were between $350,000 and $500,000 with a timeline of 6-9 months.  The families around the area got their big equipment, cleared the site, ordered the correct materials, and finished the site according to legal specs in 3 months. Just in time for the new school season and for just over $75,000.  Yes, time was donated, but the difference in costs was an enormous savings.

This type of action could happen everywhere because as a society most people enjoy helping others.  And if profit were not the main consideration for businesses this type of efficiency and cost savings could be the norm rather than a unique event.

As an aside, there is nothing wrong with hiring professionals to do work, but when you can do it yourselves and have the skill, knowledge, and labor resources why not?   Encouraging people with labor skills to work and train others would be part of the Technocracy Inc. planned regions.

The future of transportation will include high speed rail travel and self-driving semi-trucks and personal cars:

What will be the benefits of having most vehicles self-driving?

On the practical side: safety and efficiency:  94%, yes, 94% of serious crashes are due to human error through inattention, sleepiness, impaired, or lack of skills.  With fewer crashes, of course, traffic will flow smoother with reduced congestion leading to a more relaxed society.

On societal side – mobility:  The aging and disabled population would gain or retain independence for travel to doctors, grocery stores and other desired journeys; fewer serious crashes will result in fewer deaths and injuries that greatly impact survivors lives.

Efficiency wise – fuel consumption drops by up to 90% if people retain the same driving patterns they have currently.  i.e., not going on extra trips or moving further away from work.

What would be the disadvantages?

Costs: Currently a fully automated vehicle would be prohibitively expensive.  Though, businesses that could recoup the initial expense through use will find the safety increases beneficial.

Technology: Need for further R&D studies on the technological issues and “hackability”.

Insurance: Who would be the insured – the owner or the manufacturer?

Increased use in fuel: Whether electric or fossil fuels people might start to use the cars in excess as in having the car circle the block instead of finding parking.

Solar, Wind, or Water, Movement, Geo-Thermal, and as yet undiscovered energy sources will be designed specifically for the city location.

Reducing or removing the need for fossil fuels will increase research and production of sustainable fuels.  Moderating the need to transport fuel across vulnerable areas would support our environment. 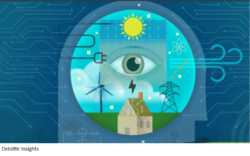 Current infrastructure has not set up to encourage the production of the least damaging method of energy sources.  But this will change as the paradigm of profit over people changes.

MIT has a “Utility of the Future” study, the gist:

…” The study addressed the technology, policy, and business models shaping the evolution of the delivery of electricity services. It examined several possible scenarios of the future of the electricity sector in order to inform utilities, regulators, policy makers, and new market actors attempting to navigate a rapidly changing industry…

Over the course of the study, the team sought to answer key questions such as:

In the survey, the events and market shifts that power sector leaders said impact their businesses the most track closely with the trends outlined earlier.

Almost half (48 percent) cited changes in fuel prices and availability, most likely referring not just to an abundance of relatively low-priced natural gas, but more broadly to the rapid decline in the cost of solar and wind power, which increasingly undercut other resources for power generation (see figure 2).

New market entrants, increasingly frequent cyberattacks, and natural disasters are also high on the list of impactful events and concerns.

Many respondents also noted shifting customer behaviors, electric vehicles, and wind power in another nod to the new products and technologies that are helping to transform their sector.