Humans have been on the world for quite a while.  As time went by, we realized that a group could provide a number of services.  Every member of the group had talents and skills in different areas that would add to the value of the whole group.  We began building things that would be useful to us, technology.

By forming a social order, we could plan what was the most useful thing to be doing with our time.  Defense of what we have, planning ahead to produce edible food, hunting while waiting for food crops to produce, clothing, exploring, and teaching etc. 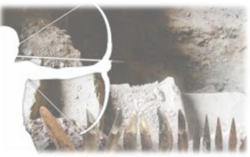 Demands on the government increase as population increases and the complexity of its response is forced to follow.  Simultaneously technology increases in complexity and productivity. Productivity is multiplied many times for every person in the society. Everyone is now enjoying the good life.  To this point no mention of the resources required to maintain this has been discussed.

The Earth is finite.  Resources will not last forever without changing the way we use them.

One of the many problems with our current system is that it seems difficult to respond to the obvious problems.  We have been warned that our population is growing too fast.  We have done little to reduce our consumption.  Some discussion occurs but little is done.

A major problem with our current social order is the use of money.  Money does not represent anything physical.  If you were to land on the moon with a million dollars would you give it away for a ride back to Earth?

Our price system still (sort of) works. It works about as well as a car repaired using Band-Aids.  The U.S. Census Bureau estimates that about 12% (does not include homeless or other depreciated peoples) of the population is living in poverty. That is nearly 40 MILLION people living in poverty.  Why?

The previous numbers are the reason that Technocracy many years ago proposed a new way of organizing a society. We need to organize the technology we have created so that no one in this country must suffer from lack of food, education, health care, housing, education, or clothing.  We have the technology currently to provide every U.S. citizen with plenty if we would structure the organization differently.  Technocracy Inc. has a design to make this work.