A MENTAL CHALLENGE
By George Wright

I am not the same person I was before this pandemic struck.  The actions I see played out every day, by leaders and ordinary folks has made me cynical and gloomy.  And it has made me ponder where has this world gone; what direction are we headed.  It is alarming.

One must wonder just how far people will go to excuse the inexcusable.

Let me mention about a TV program I watched recently.  It had to do with a type of chef that travels to various areas and creates a menu using local food resources.  This episode took place along the Gulf coast, mostly in Louisiana.

For many generations incomes were gained by harvesting shellfish such as oysters, prawns, and other crustaceans.  The camera took us out as they raked the shallow bottom for oysters.  Nothing but dead immature shells came up.  Intermingled with the present activity were pictures of piles and piles of harvested oyster shells from the past.

It seems that in this case a drought has caused this terrible situation.  I am not sure of the name of the river, but its fresh water mingled with the salt water in this unique spot creating a perfect blend to support the fishery.  The rivers water had two prime conditions affecting its drainage.  One, the upstream population requirements for fresh water was drawing heavily from it, and two, the drought.

The camera took us out to interviews with the local community that earlier used the income from the harvests to survive.  I was expecting their exasperation about our failure to come to terms with the impact of the changing of our climate.  But, no, some took it as bad luck or something and others did not quite know but said it had nothing to do with human activity.  Where is the science, the facts, where is the critical thinking?

Those people’s irrational thoughts seem to correlate directly as to why I am not the same person I was before the pandemic struck.

I always surmised that throughout our society, a certain small percentage were willing to think that only harsh judgmental treatment could, in their minds, solve our problems.  We are now in the midst of a cycle whereby the statisticians have clearly shown that over 30 percent of our country’s population supports heavy handed, judgmental, divisive conduct.  My impression is that there is enough of that 30% minority whose manifest indicates that “might makes right” and demonstrates it every time they shoulder their automatic rifles and given half and opportunity; they would not hesitate to use. 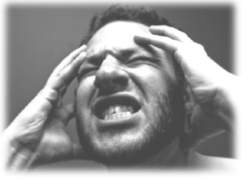 When I mentioned that I am not the same person, I must be honest and admit that I now see only harm and chaos coming our way.  It has made me, at times, be in a state of depression because I do not think an election, any election will put us in a better position.  This pandemic has helped to bring out so many festering problems that until now, we have managed to suppress.  We need to change our whole system; the Price System problems just bring out the worst in people.

I may be more susceptible in sensing this because of the long-term future looking organization I have belonged to for so many years.

This organization’s premise is that through scientific facts and functional decision making we can achieve a marvelous step upward on behalf of mankind and enable people to aspire to their higher positive instincts.

Technocracy Inc. is that organization.  This is the time for the majority of citizens to inquire and contemplate its concept and design.