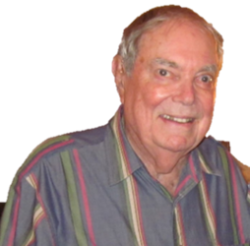 We note with regret the passing of a longtime and devoted member of Technocracy, Hart Stringfellow.

In the early 1950’s, Hart was faced with a dilemma: his naval career had come under scrutiny because these were the times of the McCarthy witch hunts, and Hart had recently joined Technocracy. He was given the hard choice of giving up a promising naval career or leaving Technocracy. Fortunately for the organization, Lieutenant Stringfellow made a great sacrifice and chose to remain with Technocracy, as it seemed to him the surest way to create a just and caring society.

Hart was an enthusiastic and active member who traveled far and wide telling all who would listen – and often to some who would not – about Technocracy’s analysis and approach. He was often criticized and ostracized for his work but kept on despite the opposition. He was even disinherited by his family, which had grown quite wealthy and respected as the owners of several successful businesses, because of his steadfast loyalty to the principles of Technocracy.

I met Hart shortly after becoming a member in 1987 when he regularly made the trip from Gainesville, where he was an instructor at the University of Florida, to attend and address meetings Stan Bartlett and I were holding in the Daytona Beach area. My wife and I became close friends with Hart and his wife Ernestine (Teen), often referring to each other as The Skipper and Little Buddy, and I was honored to accompany him to several symposiums to present Technocracy’s program in such cities as Atlanta and Washington, DC.

Hart will be missed by all who knew and respected him for his dedication to the organization and its direction. To him, we bid a fond, “Sail on, Skipper!

Technocracy Inc. CHQ regrets to learn of the death of Hart Stringfellow.

He was a long-time member of Technocracy Inc. and he will be dearly missed.

In appreciation of his efforts in furthering the objectives of the organization, CHQ extends to him a final salute.