A CALL TO ARMS

A CALL TO ARMS 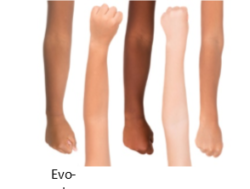 and your brain, and feet and mouth.  Anything you have that will allow you to support, help, speak out, and use critical thinking.

If a Technocratic System was currently in place when there was a need, even a fear caused shortage – toilet paper and dry goods,  or other needs – ventilators, masks, other protective gear. The systems would be in place to ramp up production and distribution immediately for those needs rather than spending critical time fighting about who gets what items, who is going to profit from the crisis, who will take the blame.

Look how easily capitalism has been broken. 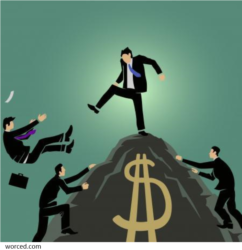 A few weeks and the oil company says it will go under, the airlines are ready for bankruptcy, there had to be a law put into place so people who were forced out of work by the government would not be evicted due to non-payment of rent. No system of real value would be ready to fall apart within weeks of a crisis.

A System this easily broken is kept in place only by those who benefit from abusing its weaknesses.

Things said to keep a broken system in place.

All of these statements are hiding the same meaning:  Capitalism allows those who are greedy and put profit before people to easily do so.

Capitalism encourages division; claiming that because money is there – there is intrinsic value in the person who holds (owns) it.  To encourage this belief Division is sowed; This (name one) group has value above that OTHER group, if you do not hate that OTHER group, you are less valuable than them.

Racial, religious, and lifestyle hatred has been taught to keep people separated so that the separated can be used more easily.

Enough with the railing on about the downfall of capitalism.

Why state the negative about capitalism if there is no solution?

Well there is a solution, spelled out fairly clearly, with defined steps to take to create the system.

For those who fear science or even don’t believe in science I ask you to think just a bit for yourself.  Does your internal system of life expect you to follow without question, to not allow you to discover for yourself what is right for you?  That discovery is science.

Discovering the fire is hot – science; telling someone so they don’t burn themselves – humanity.  Thinking a tree is hot because the tree can burn and fire is hot – conjecture.