Does History have to repeat itself?

Does History have to repeat itself?

DOES HISTORY HAVE TO REPEAT ITSELF?

In 1919, several learned people got together to talk about the big changes that industrialization and technology were making on the world’s environment and society.  The group set out a plan of organization that would mitigate many of those foreseen issues.  In 1933 that group, some additions, some deletions of people, formed a corporation, a non-profit called Technocracy.

They outlined many changes to our governance that would increase the ability to get production and distribution organized and working well with minimal disturbance to society and with increased protection for the environment.

As a country we have not learned from the past to install Standard Operating Procedures for increasing production and distribution of needed supplies, – medical, food, or other – quickly to increase stability for the ability to quarantine as needed.  Some people tend to think – “well that was then, it won’t happen again”, and we as a nation end up completely unprepared.
History – 100 years ago, a similar situation.  A pandemic, people dying, fear rampant and little to no planned or organized response. 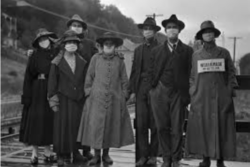 And, included in the serious problems with our health care now are the facts that the poor, people of non-white descent, people of middle eastern religions, and people who are gay fare far worse in our health care than rich and or white people do.

This is not an opinion, these are facts.  Aside from the narrow minded idea that poor people are poor because, they are lazy, they are stupid, they make their choices, people are being treated differently because of what they look like, where they live, who they love, or what religion they choose to follow.  In an informed and aware society, the most vulnerable in society are treated kindly and with care.

The health care system would be completely different in a Technate.  It would be a serve all as needed system.  There would be no need for insurance because the ‘costs’ would be the actual costs of the labor, materials, and supplies needed, not the profit that each area / individual health care provider can make.

What could a pandemic look like in a Technate?  As scientists we are certain that viruses, biological harm, and other natural or man-made disasters will come our way.

We know that we will be ‘surprised’ at the appearance of a deadly outbreak.  It is our response as a society that is the important factor. 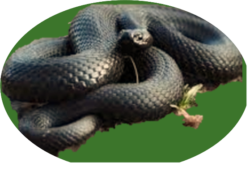 My surprised response was to yell, jump back into the house and slam the door.  Then, my higher functioning self regained consciousness and
I was “surprised” the other day by a large – over 4 ft long – snake on my deck.

I looked at the snake for attributes – was it poisonous, was it aggressive, was I safe.  It was a safe snake and my response then was to take a photo!  But, if it had been poisonous, my response would have been to find a way to remove it from my property and prevent any further visits.

In the same manner, a Technate system would be surprised by the appearance of a new threat, it would immediately take precautions and test the attributes, is it deadly, is it a simple cold, how easily does it spread?

There would be no need to hide from information regarding possible problems as it comes out of labs, hospitals, or other infectious disease reporters.   We as a country would not worry whether one group was to blame or if the economy would be affected by our choices, we would have standard operating procedures for times like these that.

The production and distribution of needed products would be instantly increased at the first sign and there would be no need to increase prices and make areas bid against each other for needed items.  The ‘costs’ again, would be labor and materials and supplies.

The director of the infectious disease control department would step into the public position to provide information, leadership, and support.

There would still be grumbling.  There would still be the people who must flout recommendations, and those who feel they are above the rules.  But, overall, with a system in place that encourages quick response and access to needed supplies people would be able to relax so that fear would not be the most common emotion during a pandemic.  This would allow the brains of most to work at higher functioning abilities.