What could make the world a better place?

Home/All Articles/What could make the world a better place?
Previous Next

What could make the world a better place?

WHAT COULD MAKE THE WORLD A BETTER PLACE?

It depends on whom you ask.

Our ideas were to find some technological apparatus that could be shared evenly among the population so that equality has a chance.  To have education be free up to a bachelor’s degree.  To create ease of factual information through technology so that people will not believe anything that people are trying to sell them through fear. (fear of not being enough or having the “right” things; fear of not being better than somebody)

What we found was that for most people, the way they envision the world getting more peaceful, more equitable, is for each individual to do their part in creating that situation.  After many interviews – phone and online and past interviews over the years one sentence sums up the general idea. “Instead of fighting for everyone to be like you so that you feel safe – try to learn about other people and why they choose what they do – and let them do it.”

There were a few people I spoke with whose only reference for creating a peaceful world was to have everyone believe the same as they do and – for them, in their minds – then the world would be very peaceful.  The following is a compilation of interviews:

My wife and I have traveled a lot and met all kinds of people of different nationalities and found that they are more receptive and friendly if you speak, or at least try to speak, their language.  So, before we start any plan of working together to create a more peaceful world, we need to decide which countries we want to work with first.  Then that the people working together can have a common language or a portable very good (much improved over what is available in 2019) translation system.

I feel the first thing we would need to do is start with small groups of your members who are able to speak a language other than English who are willing and able to travel and find out about other countries and cultures.  In some countries you could be jailed for ‘suggesting’ ways to get along with others.

Everything has a solution.  Some, like this one, just require a whole lot more effort to find! 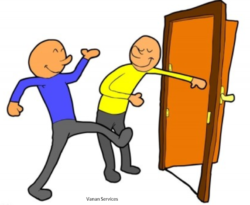 My thoughts lead me to people being kind, thoughtful and considerate of others which is often ‘catching’ – such as when someone says something nice and it brightens your day or you give a helping hand where needed and it makes you – and them – feel better. Also being aware of and thankful for your life.  Sure, things happen that seem dire at the time but usually there is a lesson to be learned…some good, some not so good but all have value in some way.

If everyone practiced this simple thing it does seem we would get along so much better then could concentrate on building a more compatible, equitable world.   Everyone has something of value, no matter how small and seemingly unimportant to contribute.  It often just takes someone else to recognize that!  You don’t have to have a ‘world changing’ idea for it to be helpful in making a contribution!  People could pay more attention to the world around them by learning more about how to preserve what we have.

We often get tired of hearing all the dire predictions about what is happening to our planet but are not always willing to take small steps that would lead to improvement.  Another “simple things” idea like composting, recycling, reusing or re purposing items rather than just discarding them, could save so much waste.  We just need to find a way to make it important enough to consider changing our habits!  One small step at a time.  Maybe eventually it will catch on!

We each have personal responsibility to effect change. We also have collective responsibility – as a community and as a society. While we don’t hold all of the answers ourselves, we can and must do our part to contribute to the dismantling of injustice – by listening to the voices of marginalized people, learning where and how we can make change, and acting upon that knowledge. We know that both personal and collective action will be required for necessary change to be realized.

Not too long ago, the idea of “alternative dispute resolution” was challenged by those, ourselves included, who believed that what is considered “alternative” should be the norm. In this same vein becoming an anti-racist, anti-oppressive person, agency, or community should not be an ‘alternative’ action. It should be the shared human goal we work towards together…  Working together and standing in solidarity can bring about real change.

Education, not book learning necessarily, could really help make this world more equitable.  Education of other people’s ideas, their cultures, their hopes and dreams.

I think that book learning can slant the information to the audience or rewrite history toward the ‘winner’.

If we had a group of groups that would have a round-robin of presentations that depicted their culture to each group on an ongoing basis that would really help people to understand.  People could ask questions and not feel stupid because that is what the presentations are for. 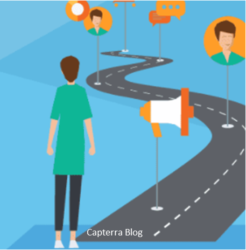 It would be even better if there was food involved!  We all like to eat and some general meal.  Food brings people together.   Of course, we need to work with children, but I think that adults need to have their own positive experience otherwise they will be too afraid to let their children learn something they are unfamiliar with.  It would be even better if we could have little villages – like the vacation rentals – where this one is set up as a Japanese village, or that one is an African (hmm, Africa is a bunch of countries isn’t it) well, you get the idea.  Little villages that people could take vacations to without a passport.

We can travel the world within the United States and learn how not to be prejudicial and judgmental. 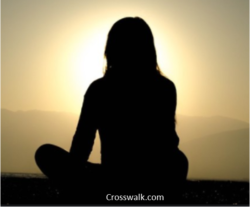 We are walking constellations of all the people
Who love us
Have helped us, and shown strength through their kindness to others
Connect the dots and find the way

For we may have forgotten what Peace look like: But mistake not,
Peace is us