Up, Up, and Away! Parker Dubee

Up, Up, and Away! Parker Dubee

The symptoms are blatant.  The diagnosis: Inflation.  The final resting place for inflation is in the end products of the consumer, and we’re now starting to feel it.  The question is, is this inflation only temporary, or will we witness the beginning of a nightmare much worse, like the hyperinflation crises of the Weimar Republic, Hungary, or, recently, Zimbabwe? 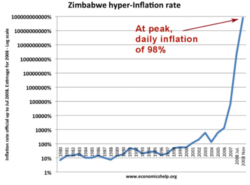 March 2020.  The first lockdowns are issued, the economy goes dark, and most businesses are boarded up.  With the close-up of business operations, fewer products are produced, fewer natural resources are mined, less lumber is harvested, etc.  Less production also led to fewer employees, creating a massive leap in unemployment.

Near the same time, the Federal Reserve money printers fire up, and by April the money printers really spin into high gear to finance emergency economic injections like the stimulus checks, unemployment benefits, and other lifesaving bailouts in hopes to keep citizens—and the economy—from starving.  But instead of feeding this newly printed money right back into circulation, many Americans stashed their money away like chipmunks stashing acorns for winter, or injected it into ventures like stocks and cryptocurrency, leading to record savings rates.

That has led us here today.  Now, with the world economy slowly thawing, we have oceans of people visibly shaking just waiting to get back to their normal lives, with their pockets cartoonishly stuffed with fresh new cash to spend, but also with a handicapped supply chain that has already produced less than what was expected.  More dollars, fewer goods to purchase.  In other words, the perfect storm for hyperinflation.

The Federal Reserve and other monolithic banking institutions, however, repeat the same lyrics for this problem, saying that this inflation will be temporary.

The fancy term being tossed around is ‘transitory’ inflation.  Once the creases in the supply chain are ironed out by time, everything will return back to normal, as if COVID and the trillions of dollars created out of the ether never occurred.  The problem is this can, if it has not already, completely shatter people’s ability to trust the economy.

The economy is like believing in a dream—as long as we continue to believe in our economy and in the value of our monetary units, the dream, the economy, modern civilization, keep humming along.  But the moment that trust is broken—the moment we’re shaken, and spring awake from that dream—everything falls apart.

So modern financial institutions like the Federal Reserve must keep the peace and stop the panic of possible runaway inflation.  And remember, these are the same people that told you not to worry about the 2008 Financial Crisis.

IF this rise in prices is temporary, it doesn’t mean prices will eventually return to normal levels afterwards.  A large portion of the currency injection was shored into either savings, stocks, crypto, or real estate, driving up those prices.

Eventually, however, that new money will have to return like a tide into consumer purchases, jacking up prices on goods both you and I consume.  On top of that, with recent job raises because people need more money to live, it would be nearly impossible to cut their wages back to pre-COVID levels in the future.

Therefore, for companies to ‘make their money back’ they will have to raise the prices of their goods.  So, unless 40% of the US current can somehow be burned, destroyed, or deleted, the future looks overpriced.  It’s like an incoming weather report—watch out—and it cannot be flavored in any reasonable way.

Technocracy Inc.’s plan an important economic / monetary development that many of us should be aware about, and dissect to better understand the mythical properties of the current economic system, 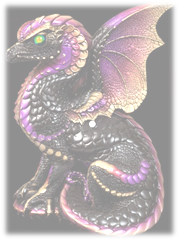 its unnatural ability to create money out of thin air, and its vague, lost-in-the-fog forecasts, predications, and explanations by our rulers and even learned economic professionals who appear to be nothing more than modern-day shamans.