The Paradigms of Technocracy

The Paradigms of Technocracy

Highlights in this article:

Technocracy Inc. was created in 1929, and incorporated in 1933; it was a different world than many people understand today.  There was a very real threat of war, it was a divided world.  Divided geographically, racially, culturally, and educationally. 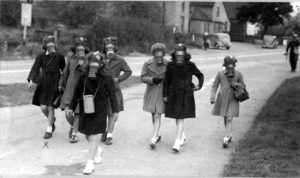 Technocracy saw the problems of that day, and foresaw today’s problems.  It created a ‘blueprint’ of a different way of proceeding with the world without the damage that appeared to be inevitable if the current economic system was to continue.   Technocracy was loudly protesting the ‘production for profit sake’ concept and introduced an environmentally and socially positive production and distribution methods.

Technocracy warned of environmental damage, and negative societal impacts that industrial technology would create; fewer jobs as machines did the work of humans, a sense of displacement by not having a productive job to give a sense of self, and other problems.  Technocracy’s job in the 30s through 80s was to warn; to inform the public of the problems with the current system.  Often, in a dramatic and insistent manner.  Technocracy was investigated by the government several times and found to be nonpolitical and not a threat to society.

It was found to be a threat by big businesses.  A big enough threat, that William Randolph Hearst put any mention of Technocracy Inc. on a blackout list, as he owned a majority of the news media at the time, Technocracy was effectively blocked out of the media.

Technocracy continued to grow, inform, and get people interested.  A deep downfall occurred when the economy began to rise as people and businesses were encouraged to create debt to increase their purchasing power.  Buy, Buy, Buy!  That was the clarion call to ‘fix’ our economy.  That method works short-term, it makes it appear that things are getting better – if you don’t look behind the curtain at the rising debt, the inability to pay, the societal damage that is being done.

Today is a different world.  People are more aware.  Information, some (much) skewed, made up and/or angled for the most visceral reaction is readily available.  The public doesn’t need to be informed of the problems now; they need to be informed of the solutions that are available and how to get involved simply and effectively.  Sometimes, lack of information on what solutions and programs are available to be involved with cause latency of action on individuals’ part.

Technocracy Inc. now is dedicated to inform the public of solutions.  Many of these solutions are ones that Technocracy Inc. described in the 1930s that are now becoming widely accepted; sustainability, resource based economy, equitability in access to education, healthcare, housing, and food and water.

The manner in which the core principles are described and disseminated is changing, the message is not dramatic and insistent, it is encouraging and collaborative.  We are not a divided world now; the globe has shrunk with the advent of travel technology and continues to shrink at an amazing rate.

We must take this into account in our design and messages.  Instead of only the North American Continent being considered, we must consider the world.  We already have a global economy, the United States alone has people from every corner of the world living, working, and producing great works.  U.S. businesses have subsidiaries in nearly every country.  Globalization is already here, we must account for that in any solutions we propose. 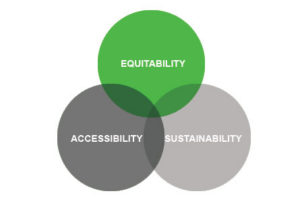 Equitability is the core now.  Not equality.  That will never happen.  We are not born equal.  People have different strengths and weaknesses.  No matter how much access I have to training, I will never be an Olympic worthy athlete!  We don’t expect people who dislike cooking to become chefs.

So, we will never be equal, but access can be equitable.  Let me have access to athletic training to go as far as I want, let people who will never design spaceships have access to as much education as they want, maybe to design a whole new form of transportation that no one else would have thought of! Let people who can’t draw a stick figure get as much artistic training as they want.  Basically, don’t box people in because of imagined limitations.

Don’t hold back access to those who want to do or learn because of money, race, culture, religion, or any reason.  That is the real way to fix this world.  Access to information about whatever we want to know. 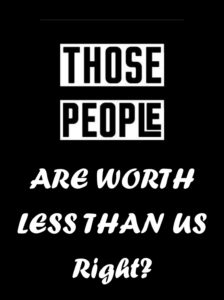 Denying access is a way of slavery, and is designating a set of people – Other than – or less than.  That is no longer acceptable to socially conscious people.  It is acceptable only to people who still want to have power over others in some manner or feel that unless someone is like them, they are a danger.

Technocracy Inc. will be a leader in disseminating ideas of environmental and societal betterment.  It will assist other organizations to collaborate and create a synergistic effect that will begin to help the world become a place people want to live, work, and create.

Is this a silly utopian dream?  Is this “Not accepting reality”?  OR, Is aiming for a better world, even an ideal world, accepting verified information and creating a positive reality? 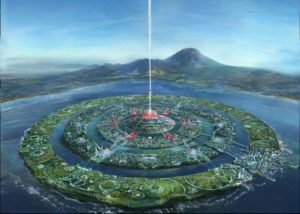 Could we work together to create the following, which are just a small portion of what would create an amazing world: