IN THIS EDITION: COMPARISON OF THE MAIN ISMS – Capitalism, Socialism, Fascism, and Communism – TO THE TECHNOCRATIC PLAN BY TECHNOCRACY INC.

ISMS AND TECHNOCRACY
There are many operating systems for society. All except one involve money and the inherent corruption that follows the desire for money and power. All except one have some form of regulation of people’s daily lives, whether through a class system – named or not – or obvious government control. Technocracy with its plan for operating society does not utilize money and does not control people’s personal lives.
Below are simple definitions of four main forms of operating systems for societies. After the ISMS we will give a simple definition of Technocracy’s plan and then compare it to the four Isms listed below. 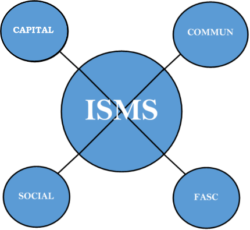 Capitalism: An economic and political system in which a country’s trade and industry are controlled by private owners for profit. Privately-owned companies make most of the decisions and own most of the property. It is an economic system characterized by private or corporate ownership of capital goods; by investments that are determined by private decision and ambition; and by prices, production, and the distribution of goods that are determined mainly by competition in a free market.

Fascism: A political philosophy, movement, or regime that exalts nation and often race above the individual and that stands for a centralized autocratic government headed by a dictatorial leader, severe economic and social regimentation, and forcible suppression of opposition. Fascist regimes emphasize an aggressive nationalism and often racism.

Communism: The belief in a society without different social classes in which the methods of production are owned and controlled by all its members. It Is the political belief that all people are equal, that there should be no private ownership and that workers should control the means of production. Social relations are to be regulated – each according to his ability, to each according to their need.

Technocracy: A non-political system of decision-making strategies for production, distribution, society and the environment. It is based on the social application of the scientific process, as in proven theories, not as in Scientist-controlled decisions. It is scientific; in that profit and emotion, the loudest voices in other social systems, do not drive decision-making process unless that decision is the most efficient and effective solution for the problem.

Technocracy vs. Capitalism:
Ownership is available with restriction in a Technocracy – restricted to personal and business-related ownership. Personal profit and exclusive possession of material goods are not motivating factors in decision-making, nor do they impact or affect a solution. In a Technocracy ownership of much or many businesses does not increase the value of your input. Your knowledge of the field and your proven experience and skills working in the area of the problem do increase the value of your input.

Production and Distribution would have clear guidelines as to waste, the environment, and its impact on society. If 2.7 million people want environmentally safe pet rocks – production is initiated. If a person wants to produce 2.7 million pet rocks only to try to make a profit, and there will be waste and toxins involved, that proposal will be submitted to an impartial Board comprised of qualified people chosen by their peers in their specific areas of expertise. If it fits into the guidelines of production, the Board makes a final decision.

Technocracy calls these people scientists because they study and prove their ideas and theories scientifically, be they educators, bakers, engineers, ditch diggers, mail delivery personnel, or any of a vast array of advisers chosen for their expertise in their designated field.

By the same token, the insurance company’s faceless actuary would not make decisions about whose life is valuable enough for the life-saving medicines or treatments.
Decisions made without profit as a motivator will have a better chance at being decisions that will not harm the environment or society.

Technocracy vs. Socialism: A Technocracy would not have a government or group owning everything to “split it evenly among the people” (in quotes because as we have seen throughout history, everything does not get split evenly). To give a group control over everything is to set up those in control for corruption. Many experiments over the years have shown the same thing over and over: giving a group control over others brings out the worst in people. It gives an inflated sense of self and to achieve that inflation one must see others as lesser than themselves. As has been said, power corrupts…

Socialism attempts to achieve equality when there can be no true equality. There can be equitability, where we are all able to access what we need to achieve our growth to our abilities; but we are all made differently, have different abilities and skills which will never be equal to another’s.

Technocracy vs. Fascism: Attempting to compare a Technocracy to Fascism is like comparing apples to shovels. They have nothing in common. The facet that Technocracy and Fascism doesn’t have in common is a sense of “Superior Us vs Inferior Them”. Fascism says, ‘our country, our race (which is a social construct not science anyway), our social norms and mores are the best and only way to be.’

Technocracy knows that all people are valuable. Humans are a species, not a race. There is no race – only alleles in our genes that determine our physical features. Social norms and mores are not inborn; they are learned behaviors, and each can be perfectly adapted to the situation in which they evolved. But as our society evolves, the norms and mores should evolve with it. 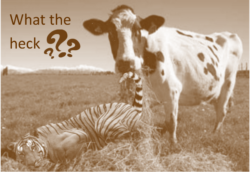 Forcibly suppressing free thought and ideas other than the government approved opinion is anathema to a Technocracy. Invention, inclusion, collaboration, and growth can only happen with free thoughts. A Technocracy would no more have a dictator or a single person making decisions than a cow would eat a tiger.

A Technocracy is about making the most efficient, effective decisions regarding solutions to problems and the amount of decision, the varied fields and expertise needed to make those decision could not be made by one person. There is no Technocracy ‘president’.

Technocracy vs. Communism: To many people, on paper, communism looks wonderful, no class system, all people are equal, the people working make the decisions as to what to produce.
There has never been a working model of communism as it is written about. All communistic communities have become a highly classed society – a state-run capitalism – with those close to the top tier having more power, things, and money. As a result, the workers decide they don’t want to work hard to produce because those at the top do nothing and get all the benefits.

So, should we compare a Technocracy to Communism as an ideal? Let’s consider it.

“Letting the people who work make the decisions.” Sounds reasonable, but is it sound judgement? Have the workers proven their knowledge, skills, and experience in the areas that they are making decisions? Probably not. Many people just want to go to work, put in their time, and come home to family. They don’t want the added responsibility of decision making. When the nation is running out of toilet paper because disgruntled workers won’t work, turning over decision-making to dissatisfied line workers won’t produce toilet paper.

A Technocracy would have the workers who had proven to their peers their skills, knowledge and experience to make sound, effective and efficient decisions, and who have the aptitude and willingness to take on the extra responsibility. Good decisions will not be made by people who aren’t invested in the outcome.

An example: If you worked in a factory that produced automobiles, and you would get the use of one of them – but you didn’t know which one – wouldn’t you do your best to see that each one was the best it could be?

What about comparing Technocracy to Communism as a reality?

LABOR: That is a big difference. Communism based its philosophy on glorifying human sweat labor as the means of production (hence the hammer and sickle symbolism) and empowering the common laborer with societal decision-making.

On the other hand, Technocracy knew from its inception that human labor would be replaced with technology and planned for it. The basis for all Ism systems is rewarding people for their roles as producers. This is not a reasonable system any longer as technology can produce more items, better quality, and quicker production. Most of production is now being carried out by machines.
In a Technocracy, people power involves the freedom to think and create and work to one’s full potential without having to worry about keeping one step ahead of one’s creditors – or neighbors.

In Communism (or any of the other Isms) more hours worked or working faster/harder does not mean greater influence, power and money; ask those working 2 or 3 jobs just to pay the bills.

In a Technocracy fewer hours worked does not mean lack of housing, food, education or medical access. What it means is that the plan was prepared, decisions made that took into account the effect of technology on society, and those plans were implemented creating optimum production and distribution with minimal negative and much positive effect on society and the environment.
Technocracy’s plan will work.

The Technical Alliance – forerunner of Technocracy Inc. – anticipated the changes that industrialization and technology would make on society. They envisioned the Energy Distribution Card – very similar to our credit cards – where no money exchanged hands. They also projected the anticipatory production and distribution based on buying patterns.

A Technate is not only possible, it is in place and ready to go. The main problems toward implementing a plan that provides security and accessibility for all are those who currently control the money. The power and influence that those groups possess is immense, but, like any group possessing so much power, they will fall.

The question is, what will take the place of corruption and power control: another group that wants power and control: or a scientifically based plan that creates equity through accessibility.