This Post is by contributing author Michele Joe:
Michelle Joe is a blogger by choice. She loves to discover the world around her. She likes to share her discoveries, experiences, and express herself through her blogs. You can find her on twitter: @michellejoe524 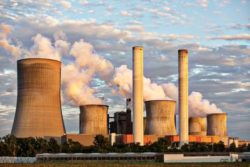 8.1 metric tons of Carbon Dioxide is produced solely due to the household food consumption of those living in the US!
The EU countries’ carbon footprint in 2017 was 7.2 tons. Considering that these statistics signify only a few countries of the entire global population, it is safe to say that the carbon footprint on the world must be alarmingly high. 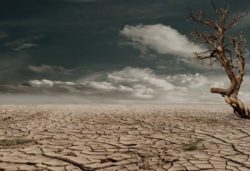 While we have illustrated the high rate of the carbon footprint that we are causing, the question remains- why should we care and work to reduce it? We need to take action because of the adverse effects increased carbon footprint has had on the environment, wildlife and human health.

As the number of greenhouse gases being emitted to the environment increases, a drastic climate change is occurring, which is the driver behind global warming. As temperatures rise in certain areas and fall in others, the growth patterns of plants and vegetation are altering as well. The increased carbon footprint is causing sea levels to rise, which in turn causes shorelines to get eroded and ecosystems to get destroyed.

The Wildlife
It is easy to forget that wildlife depends on the ecosystem and vegetation which our carbon footprint is altering at a fast pace. If the current trends of climate change were to continue, wildlife would find it hard to adapt to the fast-changing climate and hence may become extinct one by one. As per the Nature Conservancy, in 40 years, almost 1/4th of the total Earth species will be on the road to extinction, if the current rate of climate change persists.

Human Health
Increased carbon footprint doesn’t just harm the environment and ecosystem we live in. Instead, it also harms our health. Women who take part in agriculture work along with children. They are at risk of developing ailments due to the changing climate. As per the World Health Organization, in Mali, over 64 percent of people will suffer from hunger and starvation in the coming 40 years. Malnutrition will likely rise due to increasing droughts. Vector-borne diseases will also rise, including malaria since malarious mosquitos thrive in hot temperatures. Also, with increasing emission of greenhouse gases, pollution is rising, which in turn causes respiratory problems.
Go solar to reduce your carbon footprint

There are various ways you can help reduce the overall carbon footprint of the world. One of the most effective ways is switching to alternative energy rather than relying on fossil fuels. Installing solar energy software and panels in your house can reduce your dependence on fossil fuels immensely.
Think of it this way. Currently, almost 81 percent of the US’s total energy is generated from coal, oil and natural gas. Not only are each of these fossil fuels non-renewable (and hence at risk of running out), but they also contribute heavily to the increasing carbon footprint. Their transportation is done via trains and trucks, which causes air pollution. When they are burned for energy, they emit dangerous toxins as well.

By switching to sustainable energy sources like solar energy, you can significantly reduce your carbon footprint.
Here are some of the measures you can adopt to go solar:

Install solar panels
This is the most full-proof, and also the most expensive option of the lot. However, if you consider the initial installation as an investment, you will realize that in the long-run, installing solar panels is quite beneficial.
The money you save on energy bills makes up for the cost. And not to mention the satisfaction that you feel, knowing that you have eliminated fossil fuel usage from your energy consumption. In terms of reducing carbon footprint, this method is the best. Make sure to seek professional help when choosing and installing solar panels. Use solar energy software to keep track of your usage. Apart from using alternative energy, overall reducing your power consumption is also a great way to save the environment.

Take part in a community solar farm
Not every roof is suitable for installing large solar panels. Some of us don’t have enough financial resources to pull off such a switch. If this is the case, does this mean that there is nothing you can do to reduce your greenhouse gases usage? .No! .Just because you can’t do it alone, doesn’t mean you can’t do it at all. Instead, you can join a community solar farm project. This way you don’t have to install any solar panels on your property. Alternatively, a remote nearby land is used for installing solar panels which are then used to power various houses. Since you will be taking on the project as a group, the installation cost will be reduced.

Get a solar car

Did you know that there are cars that function on solar energy? Reduce your fuel consumption by getting yourself a solar car instead. Again, these don’t come cheap so be prepared to bear the initial brunt. However, you will save up on fuel costs.

If not solar, then what?
If you don’t find it possible to go solar in the next few years, don’t worry. There is still a lot that you can do to reduce your carbon footprint.

This includes:
Look for energy saving programs. The world as a whole is getting conscious of its irresponsible use of the various natural resources. This is why you might have seen both corporations and utilities trying to go green. Many utilities offer energy saving programs to its users. These programs guide people on how to reduce their current energy consumption.
Use less electricity. Apart from trying to use it efficiently, try to curtain your power consumption. Do so by investing in energy efficient lighting. Turn off lights and appliances when not in use.

Conclusion
Play an active role in reducing the carbon footprint of the world by going solar. Earth has given us a lot. It is time to return the favor by trying to live sustainably.