If one were to visualize the seemingly tremendous changes taking place since the Great Depression, one would think; “of course things have changed”.  Just look around you.  Big screen TVs, cars that can drive themselves, little multiple usage   computers we call smart phones.

Yes, on some levels things are indeed different.  I know my life is more comfortable than my grandfather’s, even my fathers.  But on a more crucial level things haven’t changed at all.

Prior to the Civil War, cotton was king in the south.  It was that because of the use of imported slaves that worked only for meager rations to keep them healthy enough so they could labor for the owners.  Being as they were slaves, and not paid wages, even token wages, the owners worried that they would only work half-heartily, if that, so overseers were employed with whips in some cases to keep the owner’s “property” working. 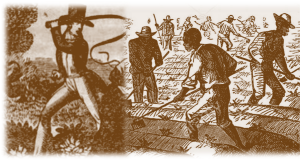 Some years later, certain state’s governments realized that they were losing out on a good source of cheap labor and instituted “chain gangs.”  These gangs were prisoners of the counties or states and just languishing in prisons and costing a pretty penny to house.   Able bodied prisoners were chosen to form a cadre of teams to work on for example, the roads in the surrounding areas and farm laborers in others.  They wore chains around their ankles and used pick and shovel or hoes and rakes wherever needed.  Again, these men were not paid wages and probably always looking for ways to escape, so what do we see here?   Overseers, usually deputy sheriffs, riding horses holding guns and riding herd on these men. 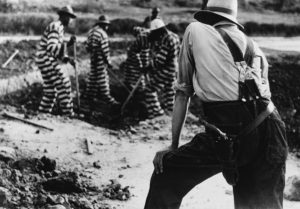 My mother worked for a company making all kinds of bags; fabric, plastic, paper and other more exotic materials.  Early on in her service her and the rest of the workers, mostly women, toiled all day and were lucky to have bathroom breaks.  Walking amongst the workers was a “matron,” an overseer as a presence to ensure the workers were always hard at their labor. 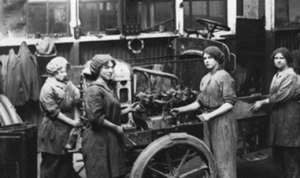 The television program that has survived for so many years, 60 Minutes, had an interesting program recently.  Its premise was about a gentleman who had taken a type of a yogurt product, and using immigrants and locals situated in a town in Idaho, made a great success of his business.  The emphasis was on all the jobs that were created.

The filming of the factory scanned around and surveyed what was happening.  It did indeed show people tending an amazing array of technology that was creating the product; filling the containers and packaging those containers.  The fast-moving belts, the nozzles filling the cups, the exact placing of the cups for packaging all done with truly a minimum of human hands involved. The humans involved could be described as overseers making sure that all that technology was working correctly.

This scenario of modern overseers differs mightily from the overseers of the past due to the rate of production that the use of technology creates.  As far as producing anything these days, just realize to what humans offer in the production — not much.  See image below, technology does most of the work.

Once the machines are in place, stand back and let ‘em roll!  We, for the most part are just doing what was originated those many years ago.  At best, we are technicians; the advanced overseers.  If that is what we have come to, and now with nearly 370,000,000 people in the US, can we all become overseers?   It’s not just here in the US, but all over the globe the advancing technology is displacing incomes – jobs.

Plus, because of our continuous “quests,” aka, planned wars, in resource rich lands where destruction is so great, we are creating a vast cadre of immigrants.  Where in their homeland they were mostly subsistence farmers, herdsmen or produce growers.  Now, they come to where they think they can find jobs, and technology has taken many unskilled jobs.

Our responsibility as members of Technocracy Inc. is, and always has been, the battle of educating people to the fact that as more and more technology is introduced into our economy and society, only disruption and chaos will happen without a coherent plan to cope with that phenomena of change. 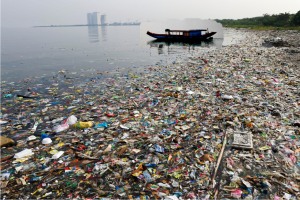 It doesn’t appear to matter to the companies, or even the governments that the oceans are becoming a large dumping area; doesn’t matter the environment in general is in an accelerating decline and that we may be warming ourselves to extinction because of man-made climate change.
We are living when one of the largest determinations of societal success is a constant expansion of our Gross Domestic Product i.e. “spend, spend, buy, buy!

Well, Technocracy Inc. is still around and has a plan that will work.