Militarism and Profit, aka WAR

Militarism and Profit, aka WAR

Taken with inclusions and deletions from the booklet the “Arms and the Men,” Factual matters not affected:  majority published by the editors of Fortune Magazine, March, 1934.

According to the statistics from the Vietnam war, it cost $45,000 to kill one enemy soldier.  In today’s type of warfare in which we are engaged, the estimate ranges as high as $100,000, to $1,000,000 dollars. Now, there is one class of international corporations that never denounces the extravagance of their governments in this regard – to point out that when death is left to an individual gangster as in the Capone mob of the 1930s for example, the cost of a single killing seldom exceeded (just an estimate but you get the point) $500 dollars.

“The reason for the silence of these corporations is quite simple – killing is their business.   Armaments are their stock in trade; governments are their customers; the ultimate consumers of their products are, historically, almost as often their friends as their enemies.  That does not matter.  The important point is that every time a burst shell fragment finds its way into the brain, the heart, or the intestines of a man and now women in the front lines, a great part of the $100,000, much of it profit, finds its way into the pocket of the armament maker.

The problem of the armaments industries (notwithstanding the morality of it) is complex: if we are to get anywhere with it we must first park our emotions outside.  Pacifists and militarists alike have indulged in a good deal of loose talk on the subject.  Most Pacifists are not sufficiently informed; their arguments and accusations frequently boil down to nothing more substantial than Sir Arthur Eddington’s definition of the Quantum Theory – ‘something unknown is doing we don’t know what.’

Most militarists are insincere.  Anyone who talks about the national and international armaments corporations must inevitably over simplify.  But to over simplify is not to over generalize — and we should start by ridding ourselves of one generality that will give us trouble as long as it stays in our heads.  There is no one group of single-purposed individuals that sits down before a polished table in a sound proof room and plots new holocausts in the world.  Search through the armament makers as you will, you will find neither a Machiavelli nor a Dr. Fu Manchu.  But that’s all you won’t find.

For without a shadow of doubt there is at this moment throughout our planet, a huge and subversive force that lies behind the arming and counter-arming of nations: there are mines, smelters, armament works, holding companies and banks, entangled in an international embrace, yet working inevitably for the destruction of such little internationalism as the world has achieved so far.  The control of these myriad companies vests, finally, in not more than a handful of men whose power, in some ways, reaches above the power of the State itself.   Records indicate for example, the great Czechoslovakian armament company, Skoda Works, controlled by the French, promoted the rise of Hitler in Germany and contributed millions of marks to Hitler’s campaign.  These same manipulators owned newspapers that did more than any others to enrage France against Hitler.”

Whether by accident or, as Butler suspected, intent, the war did make many a man richer.

“At least 21,000 new millionaires and billionaires were made in the United States during the World War.” he wrote. “That many admitted their huge blood gains in their income tax returns. How many other war millionaires falsified their tax returns no one knows.”

It’s these people, the general argued, that should be first in line at the next draft.

“Let the officers and the directors and the high-powered executives of our armament factories and our munitions makers and our shipbuilders and our airplane builders and the manufacturers of all the other things that provide profit in war-time as well as the bankers and the speculators, be conscripted,” he said.

No one took him up on the offer. Four years later, there would be a second World War. One that would make the first almost seem civilized. On November 11, “Remembrance Day” as it is known in the countries that fought the first war to end all wars, we would do well to remember that while race and religion have played a part in inflaming tensions, the cause of most wars can still be traced to dollars and cents — nations and their corporate offspring fighting for power and resources….”

Technocracy points out that ONLY when we take the profit out of warfare will we ever solve this monumental problem. 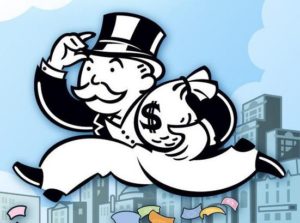 Dear Reader, if the above is of any concern to you, please take the time to investigate Technocracy Inc. describing the potential for a way of life that is nurturing and eliminates the unrelenting chase for profits that is inherent in our present way of operations.