History shows that we have been connected globally for thousands of years.  It is the speed of that connection that has changed.  It is now instant.  How has that changed, how has that made history repeat?  How are global connections better – what do people fear about a global economy / connections.

As you will read in the following articles – History is repeating itself.  Technocracy foresaw the problems that led to the great depression.  The Great Flu Pandemic of 1918 began a chain of events that could have been eased if Technocracy’s plan had been put into place.

COMMUNICATIONS: A MEANS OF TECHNOLOGICAL CHANGE
By John S. Ray

“The history of communication technologies … has evolved in tandem with shifts in political and economic systems, and by extension, systems of power. Communication can range from very subtle processes of exchange, to full conversations and mass communication.

The history of communication itself can be traced back to the origin of speech […]. The use of technology in communication may be considered since the first use of symbols … Among the symbols used, are cave paintings, petroglyphs, pictograms, and ideograms. Writing was a major innovation, as well as printing technology and, more recently, telecommunications and the Internet. “~Wikipedia (edited for this article)

Communication has been around since man mastered the use of language.

No one today doubts that communication launches actions around the world. No matter the location on this planet or how stringent the security of a country, if people want change, they will use every technology available to them to foster that change. Whether it is messengers on foot, fires or drums, the speed of communication has been important in war. A warrior commander depended on the messengers for information that assisted him to deploy his troops in battle. 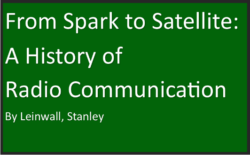 Modern Communication has been around since the turn of the 20th Century.

While electricity has been around since before and right after the 1900’s, it was the invention of the radio that was responsible for enhanced communications. The reach of a message went from a few miles (the length a single runner) to halfway around the earth. Ships at seas and manned flying machines could communicate about the weather and other conditions across an entire ocean. Ham radio operators in England and Ireland could communicate with radio operators in the Americas.

The epic drama of a sinking ship called the “Titanic”, in 1912, is evidence of the need for faster and far reaching communications. Because of radio, ships arrived at the stricken vessels location within hours to rescue the remaining 750 survivors. Just 10 years prior to this date such a rescue would have been impossible.

World War One, a time of technological change, was responsible for the death of more than 16 million people – soldiers and civilians alike. The number of wounded and maimed outnumbered the dead 3 or 4 to one. The age of the radio created opportunities for military organizations in every modern country to move troops and equipment anywhere on the earth in record time. The radio even more than the machine gun changed the way warfare was executed. The radios in World War One were big and bulky.  Soon, those radios were scaled down and became highly mobile devices. In less than 20 years, another war, – the deadliest war in history – combined weapons of war, including aircraft and ships along with radios to, once again, cause death and destruction on the earth. It appears that technologies’ number one use is for mankind to destroy one another then communicate that destruction to the rulers of war.

Perhaps communication can be used for more humane purposes.

Technology can be used for more humane purposes. The Age of Technology ranges from just after the invention of the steam engine to our time. The Steam engine spearheaded this age of technology we enjoy today by means of the Industrial Revolution (1852-83)

Today Radio waves can be used to destroy cancer and higher frequencies have enabled medicine to see and image all the organs in the body with spectacular resolution. 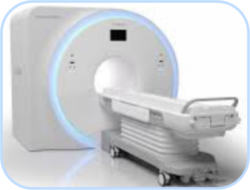 Hopefully, one day, we will no longer need the power generated by fossil fuels and our environment will begin to clean itself. If we do not destroy ourselves, perhaps we can move on to the next phase of the growth of civilization as proposed by Soviet astronomer Nikolai Kardashev in 1964. We can become a Type One Civilization, also called a planetary civilization—can use and store all of the energy available on its planet.