The Marketing of Fear

The Marketing of Fear

THE MARKETING OF FEAR

Does history repeat itself?  Does it need to?

This is not an easy piece to write.  How does one find the words to describe what should be so evident to everyone?

As a society, have we so loosened our moral convictions that many attribute to a religious doctrine that “Thou shalt not kill” has been re-written to infer “except to those we want to kill.” 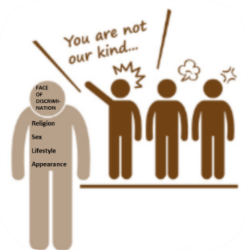 So many in society are susceptible to the on-going cry from leaders to signify parts of humanity as “less than” and included in that less than is that we should fear them because they might do us harm.

Yes, we had our “9/11” experience.  But what brought that on?  We are going into the 14th year of invading Afghanistan, and then Iraq, and as I write this, the United States is trying to find an excuse to invade Iran.   Almost from the beginning that nation has been the instigator of finding reasons to challenge other countries, usually for resources or land.  The native populations here in North America are a prime example.

When more nations begin to fight back, we have incidences like our “9/11,” and our response to that is “those dirty so and so’s.  How could they do such a thing?” Unspoken is – we really need the resources / land in that area.

During the Great Depression and our build up to war, Franklin Roosevelt delivered “Fire Side Chats” which were his attempt to give solace over the radio to the public.  These were fairly successful, but frantic parents watching over their children with little to eat and generally suffering, were very fearful.   One of President Roosevelt’s most profound statements came during his address to Congress after Germany declared war on the United States.

Anticipating wide concern from Congress and the public at large, the president stated that “the only thing we have to fear is fear itself.”

Put that statement in a more modern context.  Injecting the “fear” angle into our foreign relations discussions makes it much easier to justify our animosity towards others we want to exploit.  We have overused the “marketing of fear” to our advantage whether or not justified.

Anticipating wide concern from Congress and the public at large, the president stated that “the only thing we have to fear is fear itself.”

Looking at this objectively, fear does have a place in our lives.  Early humankind’s existence bordered on the instinctive feelings of fear.  Predators, environment, other humans out to do harm and just having to live in such a harsh landscape.  Now, we have this pandemic brought on by a virus that likes to play a game of chance with us as to who gets sick and who does not.

I started to write this before the virus attack.  I was centering on our historic method of dealing with our foreign neighbors.  It has everything to do with our economy, for we have become a “service economy” and now have a greater part of our needs produced in other countries.

Yet, by far today, the largest producers in the United States are manufacturing materials for war.  To help finance this, over 23% of our tax revenue goes to the defense department and our military establishments by subsidies, tax reductions, very low-cost loans, or actual gifts.  This does help to create jobs whereby the political pundits can brag about the job market, but at what cost to society.

Now we have a real threat to our nation that the military cannot assist in resolving.