Utopian – Dystopian: Where is Technology leading us?

Utopian – Dystopian: Where is Technology leading us?

9 technologies that promise to clean up the planet

Technology is often touted as the savior that will rescue us from our misbegotten ways, redeem us and put us on the track to utopia.

Then there are the dystopian views, where the future is dominated by technology that either rules over us or saps us so completely of our humanity that we might as well be a bunch of gadgets ourselves.

Whatever your view, there’s no denying that technology has both made life better for billions of people and produced unfortunate side effects. In his book “The Infinite Resource,” for example, technologist Ramez Naam argues that the green revolution was beneficial even though it created problems that still plague us today.

“As is often the case,” he writes, “the solutions to one problem have created new problems. But, had we not boosted yields through the green revolution, we either would have had billions starving or would have been forced to chop down the world’s remaining forests to feed the world. Either of those would be a worse result than the side effects we face now.”

Here is just a sampling of existing technologies that, if scaled up, might be able to truly address some of our most pressing global issues. 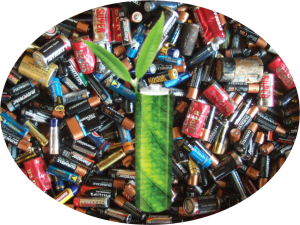 Energy storage may be the one thing holding renewables back. Conventional battery technologies are capable, but cost is a huge roadblock. Still, with funding from the U.S. Department of Energy’s Advanced Research Projects Agency-Energy helping to come up with such things as an organic flow battery from Harvard researchers, a changed game feels more as if it’s right around the corner. Because flow batteries use external tanks instead of housing all components inside a battery case, they’re able to store larger amounts of energy than conventional batteries. The metals used within them, though, have been cost prohibitive. The Harvard battery uses organic molecules, drastically reducing the cost.

Sure, we can grab carbon and shove it underground, but why not make it into something else — like baking soda or chairs — and sell it instead? Marc Gunther, author of “Suck It Up: How Capturing Carbon From the Air Can Help Solve the Climate Crisis,” points to Carbon Engineering and Global Thermostat as promising carbon capture companies. Once captured through these companies’ technologies, carbon can be used in industrial or commercial production, to produce low-carbon fuels or for other applications. Meanwhile, Skyonic Corporation is building a commercial CO2 capture plant scheduled to begin operating this year. Once the plant is up and running, the company expects it to reduce 300,000 tons of CO2 emissions per year through a combination of direct capture from a cement plant and offsets from the commercial products it will create, such as baking soda. And an idea of Princeton and Northwestern University students back in 2003 has, a decade on, turned into a technology that captures carbon and turns it into a material known as AirCarbon that can be used to make carbon-negative products such as phone covers and chairs. Nuclear energy technology holds the potential to dramatically reduce greenhouse gas emissions. But rather than ramp up conventional, highly controversial approaches, why not mobilize technologies that address concerns with today’s reactors, such as meltdowns and waste? Some possibilities are nuclear reactor design company Transatomic Power’s Waste-Annihilating Molten Salt Reactor and Bill Gates-backed traveling wave reactors, both of which are designed to use byproducts of conventional nuclear power production as fuel. In the case of the WAMSR, that means using spent nuclear fuel that would be destined for storage. The TWRs look to use depleted uranium, rather than leaving it to be stored or used in other applications, such as ammunition. Both also use technologies meant to avoid meltdowns like that seen at Japan’s Fukushima Daiichi plant.

Go to ensia.us/backyardnuclear to find out more about “small modular reactors” in development that would come in a kit and be installed underground, reducing the threat of terrorist attack or meltdown.

When it comes to planting urban trees, “we have an obsession with stem count,” says Peter MacDonagh, director of design and science at the landscape architecture firm Kestrel Design Group. Instead of planting a million trees, MacDonagh says, we would do better planting far fewer in the proper soil conditions. “The average street tree is living less than 20 years in most American cities. It’s not getting big enough to provide the ecological services that we want it to provide,” he says. 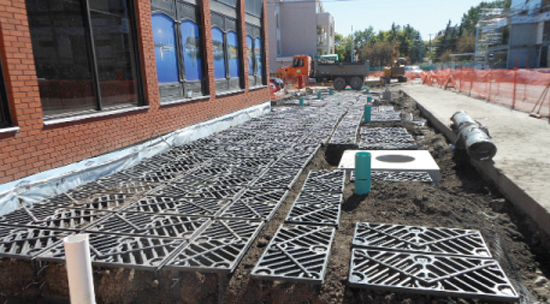 MacDonagh champions a technology called Silva Cells, essentially a post-and-beam system that transfers the load of urban infrastructure from trees’ root zones to soil below. This means that the soil in which the trees are growing can be less compacted, letting roots grow better and allowing trees to live long enough to create an urban forest that can reduce stormwater runoff, boost energy efficiency in nearby buildings and suck pollutants from the air.

Tracking animals for wildlife research goes “all the way back to [John James] Audubon, who tied a string around the leg of a bird to see if it would come back the next season,” says Jonathan Hoekstra, chief scientist at World Wildlife Fund. Tracking systems have come a long way since strings, making it possible to go beyond just collecting data to using them to solve problems. The organization Save the Elephants uses its own software with Google Earth to track elephants in real time. The data are then used to a) create migratory corridors based on the animals’ movements and b) set up what Hoekstra calls a “virtual fence,” where wildlife officers can be notified if elephants get too close to certain areas, such as farmland, and respond by scaring them away. Both are meant to minimize contact with local communities and therefore human-elephant conflict. 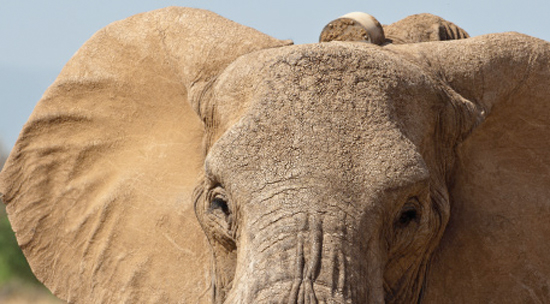 Meanwhile, Drexel University researchers are using GPS to track leatherback turtles — among the world’s most endangered animals — in the Pacific Ocean in hopes of reducing the unintended killing of turtles by commercial fishing. Given the location of the turtles, fishing vessels may be able to adjust their location to avoid them.

With the ability to do jobs that are usually extremely time consuming and require a lot of human attention, drones hold potential for many environmental benefits. Flying quickly over wildlife reserves, counting animals and noticing poachers, drones are helping conservationists protect endangered species across the globe. Meanwhile, crop-monitoring drones could lead to substantial decreases in farming inputs such as water and fertilizer.

For more on the use of drones in orangutan conservation in Indonesia, go to ensia.us/drones.

It’s hard to find anyone working on conservation these days that is not taking advantage of Google Earth Engine. Researchers from the University of Maryland, for example, used Google’s collected satellite images and free Landsat data to create a global map that details forest change down to the local level. What would have taken one computer 15 years was sped up to just days because of cloud computing through Google Earth Engine.

To read about tropical ecologist Greg Asner’s use of a spectrometer and lasers to create the first large-scale biodiversity map of the Amazon rain forest, go to ensia.us/map. 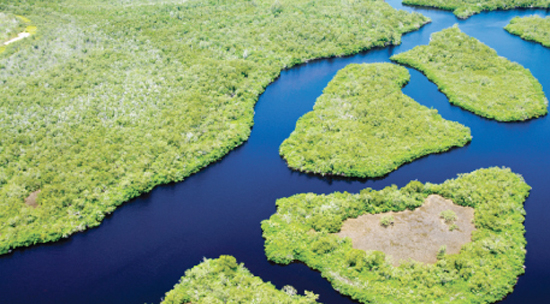 As the field of biomimicry shows, nature’s technologies and designs are more often than not far superior to our own. Yet, instead of being scaled up, nature is taking a hit as more land gets used for human purposes. Serious discussions about protecting and re-creating systems such as wetlands, oyster beds and mangroves as natural buffers against storms is a sign that nature’s engineering principles and practices are finally being recognized for their utility, not just their beauty.

The little connected computers in our pockets offer huge conservation potential. Whether for compiling data about rare species, as the Texas Parks and Wildlife Department does using iNaturalist; fighting illegal fishing and pollution through the Center for Ocean Solutions’ FishNET project; or helping scientists conduct climate and habitat research through Zooniverse, the ability to collect and analyze mass quantities of data from people around the globe is fast becoming a defining aspect of our time. World Wildlife Fund’s Hoekstra calls Eyes on the Forest — a project of WWF and two other environmental organizations that enables citizens to report forest activities such as illegal logging in Sumatra — “a great example of using technology to empower people to participate in the protection of their environment.”

By Secretary CHQ Technocracy|2019-11-14T06:10:04-08:00February 23rd, 2017|All Articles, Economy, Energy, Environment, Society, Technocracy, Technology, Transition|Comments Off on Utopian – Dystopian: Where is Technology leading us?