NEEDED: A transformation of the mind by George Wright

NEEDED: A transformation of the mind by George Wright

NEEDED – A TRANSFORMATION OF THE MIND

As a historian might write about the various reasons and places of the world’s governmental revolutions, he or she may not realize that in almost every case it was brought about by the severe abuses by the ruling classes.  The tribal chiefs, the Royal families, the Commissar’s, or the Dictators led lives of wealth and plenty while the common citizen went without.  There are periphery reasons as well such as a famine or a natural calamity, but most often the abuse.

We here in America have had it pretty good since the end of WW2.  Well, except most of those with darker skin.  But all that is changing for us as a country in total.  The forces of change will affect all of us as so many other nations/countries in the past.  Only the forces coming at us now are completely different as those in the past.

Slowly, yet unrelenting, technological advancement is basically intruding into the social and economic controls established generations ago.  Those economic controls are disappearing.  In essence, it is because today, less than 2% of all work needed is done with a human’s touch.

In addition, the use of technology in any productive capacity, increases the rate of production so extreme as to force the need to scale back production and create systems like “planned obsolescence” – make things to last just so long so they must be replaced.  In any money system, what we call Price Systems, two critical criteria must be maintained, “room for expansion and scarcity conditions,” both are being nullified with the onslaught of technological advancement.

We have and still are, experiencing another unprecedented climate related calamity, the latest being in the state of Texas.  Millions upon millions subjected to situations from being extremely uncomfortable to loss of life.  We bring this up because it clearly demonstrates the political desire to withhold scientific research from the public.  Research that could explain and help us adjust to the changes required to address the technological impact on our society, environment and economy and the need to address the changing climate conditions.

I say it is in the best interests of the political and business leadership to withhold this information because money or profit, is more compelling than the possibility of death, illness, and disasters caused by not addressing or even acknowledging the need for change.

I titled this writing about a needed transformation.  A rethinking on how we regard the scientific approach to recognizing and addressing the physical problems that arrive so often.  It will not be politicians or corporate executives that rectifying the disaster in Texas, but trained personnel like electricians, plumbers and qualified planners coming to the rescue.  This Texas disaster is a clear example of the political and business idea that profit does come before all else.  It is embedded in the type of economic and social system we live with today that is threatening to cause planetary climatic upheaval not too far into the future.

Somehow, we must discard the antiquated way of thinking and readjust our mental and rational process’s that uses scientific research and fact instead of finger pointing, excuses and the clamor for profit. 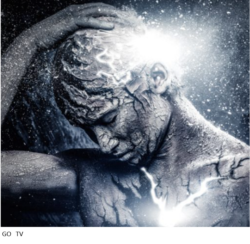