Are Drones and AI the way to go?

Are Drones and AI the way to go? 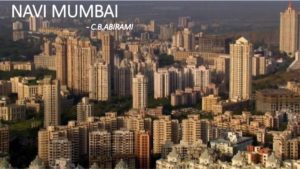 The WEF signed a memorandum of understanding (MoU) with the government of Maharashtra to set up the centre in the satellite city of Navi Mumbai. Chief minister Devendra Fadnavis said Industrial revolution 4.0 has the power to revolutionise the way things are and it is essential for states to embrace it at the earliest.

The centre will focus on technologies including artificial intelligence, blockchain and internet of things, to help find solutions for societal problems.  Nayyar said WEF will play a facilitator in the process, by getting all the key stakeholders together, with a special focus on the startups.  The startups will be allowed access to the best of technologies to find solutions for current problems, she said.

Initially, the centre will start with drone-based solutions for the agricultural sector where the machines will be used for soil conditions and guiding farmers with inputs like when to sow, Maharashtra IT secretary S V R Srinivas said.

Nayyar said sometimes we overlook the advantages of something like drones, stressing that use cases can be really helpful. Citing the example of Rwanda, she said drones are being used in order to get blood bottles to distant hilly areas as per requirement and added that WEF has been able to get policy changes required for the same.Nayyar said after drones, the centre may look at exploring artificial intelligence for societal good.